Recreational and Sports amenities in Kingston upon Hull

Possibly as a result of the relative geographic isolation of Hull, the city has developed a network of sporting and recreational facilities as good as any other city in the country. One of its rugby league teams even has a national reputation and holds one of the most readily identifiable sports team names in the country - Hull Kingston Rovers. At its various leisure and sports centres Hull city council offers the facilities and amenities for people to learn and develop skills in a comprehensive range of sports and activities from aerobics to yoga.

The professional football team in the Hull is Hull City FC who currently play in the Football League Championship, the second tier of English football. Playing in black and amber striped kit their nick-name is the Tigers and they play at the Kingston Communications Stadium, locally known as the KC, which was opened in 2002. The club was founded in 1904 but their only significant achievements to date have been to win what was the Football League Division III champion’s title, most recently in the 1965-66 season. Despite their lack of trophies Hull City have always been a well supported club and still regularly have home attendances of over 20,000.

A sport almost uniquely associated with the north of England is rugby league and Hull has two of the best clubs that play that sport. Hull Kingston Rovers is probably the better known of the two, having a better historic record of winning trophies. Known to their fans as ‘The Robins’, they have recently been promoted from the English Rugby League Division I to play in the European Super League, the top tier of rugby league competitions. Also playing in the Super League are the Robins greatest rivals and neighbours, Hull FC. Both codes of rugby are played in Hull and Hull RUFC is the senior rugby union team, playing in the National League Division 1 North. Also, Hull Ionians play rugby union in National League Division 3 North.

The city is home to one of the top Ice Hockey clubs in the country, the Hull Stingrays. They play ice hockey in the British National Elite League at the Hull Arena, on Kingston Street to the west of the city centre.  Hull is unusual in having two ice hockey teams. The Kingston Cobras Ice Hockey Club, also play at the Hull Arena but are currently in a lower division - The English  National Ice Hockey League 1 North. The Olympic size Hull Arena is also open to anyone wishing to learn, practice or develop their ice skating skills and is the Regional Centre of Excellence to the National Ice Skating Association. The top ‘Hockey’ club in Hull is the Hull Hockey Team, who were formed in 2001 from the Hull Welton Hockey Club, to take advantage of the new, city council owned, all-weather playing pitch at the KC Stadium.  The senior men’s team plays in the Men’s National North Division and the senior women’s team plays in Division II East of the Northern Women’s Hockey League.

If you’re interested in playing, or learning how to play, tennis in Hull it has one of the most active and pro-active tennis schools in the country. The city council also provides limited access to municipal tennis courts. Generally speaking sport development in Hull is very strong, with the city council keen to ensure that facilities are not just available but are also easily accessible. The city has five municipal swimming baths. The Kingston Upon Hull Swimming Club meets at several swimming venues in the city, but uses the Ennerdale Sport and Leisure Centre for home competitions. Kingston upon Hull Athletic Club competes in the Northern Senior League - Division 2EC. They are based at the Costello Athletics stadium in west Hull that was opened in 1985 and has been recently refurbished to include a floodlit running track and throwing area.

Whilst there are two 18 hole municipal golf links in the city the first golf course to open in Hull was the Hull Golf Club at Kirk Ella, which was formed in 1904. Whilst the course is a very pleasant one in an excellent parkland setting, it is a fairly benign course - apart from the 10th hole that has a water hazard protecting its green. Kingston Upon Hull is about 50km (30 miles, across the river Humber, from the English Golf Union Headquarters at Woodhall Spa in Lincolnshire.

Being adjacent to a wide river, the Humber, as well as being close to the North Sea, Hull has a thriving sailing club. There are other sailing clubs nearby including; the Welton Sailing Club, the Humber Yawl Club and the Humber Mouth Yacht Club. Hull’s own marina can accommodate up to 300 yachts visiting the city. The area is also a popular venue for water-skiers, with eight water ski clubs in the region. Closest to Hull is the Yorkshire Water Ski Club which is based at Welton Waters, near Brough, some 8 km (5 miles) to the west of Hull. 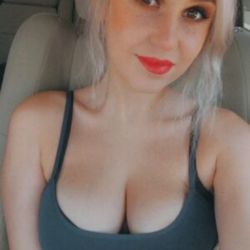 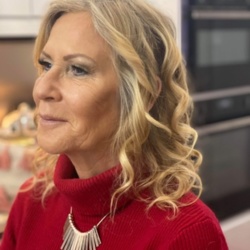 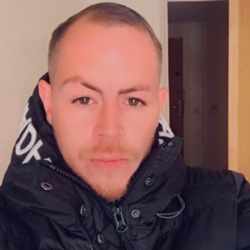