Shopping in Kingston Upon Hull

The nearest urban conurbations offering large and multipurpose shopping malls are Leeds and Sheffield, both of which are about 100km (60 miles) away. Therefore, with no large shopping area nearby Hull has been able to develop into a regional centre that shoppers use from the surrounding areas as well as the Hull residents themselves. There is of course the traditional High Street type of shopping areas inside the city centre and there is a new waterfront shopping complex that is still in the process of being developed and is eagerly awaited by shoppers in Hull.

Shopping in Hull is basically split into two categories; those shops in the city centre and those on the waterfront. Fortunately the waterfront is only a few minutes walk from the city centre and so the two areas complement each other and work well together. Apart from the actual on street shopping in the city centre there is The Prospect Centre, which has its main entrance off Prospect Street to the north of the city, centre virtually opposite the old bus station. It has a mixture of High Street stores such as W H Smith, Early Learning Centre, Boots and Topshop alongside other local independent traders and cafes. The centre is open 08:00 to 18:00 Monday to Saturday and 10:30 to 16:30 on Sundays. Newly opened in the autumn of 2007 is the St Stephen’s Centre, which has been designed by Lord Norman Foster. This £200 million development is spread over 52,000m2 and houses several brand names like: Next, Oasis, Zara and a 24-hourTesco superstore. Located on the A1079 - Ferensway - it is adjacent to a new city centre coach and bus station as well as the city’s railway station and has its own, 1500 space, car park. As well as being a shopping centre the complex includes cafes; a hotel, residential apartments and will become the new home to the renowned Hull Trucking Theatre Group and the Albermarle Music School.

On the waterfront the Princes Quay Shopping Centre is off the A63 - Castle Street - and is built on stilts over what is now known as the Hull Marina. It has four levels containing over 100 shops including branches of GAP, French Connection, Virgin Megastore and River Island. There are also plenty of cafes and restaurants to ‘take a breather’ in whilst you’re shopping there. On the top floor is a 10 screen cinema, which opened in September 2007. Princes Quay is just a four minute walk from the city centre, many of the local bus services stop outside it and has its own car park with 1000 spaces. Princes Quay is open Monday to Fridays 09:00 to 17:30, on Saturday it stays open an extra half hour until 18:00 and on Sundays it’s open from 10:30 to 16:30. Alongside the Princes Quay is a new development called Quay West. This is a £300 million redevelopment and extension to the west of the existing Princes Quay shopping centre. When completed in late 2009 it will become a complex of shops, residences, hotels, restaurants, offices and leisure clubs. Although not yet confirmed it is anticipated that John Lewis and Debenhams will occupy units in this prestigious development.

The Trinity Market is the official Hull council market for the city; other markets outside the city centre include the Orchard Park Market held on Thursdays and the Walton Street Market on Wednesdays and Sundays. By following the old cobbled streets from the Hull Marina you will eventually arrive at the Hull Old Town Market, this is an outdoor market held not far from the Trinity Market. The Old Town Market has over 100 stalls and is open on Tuesdays, Fridays and Saturdays. The Trinity Market is an indoor market with some 50 stalls and is also in the old town centre, just about opposite the Holy Trinity Church, which is to the east of the Princes Quay shopping complex. The market is open Mondays to Saturdays and has stalls selling a mixture of foods, fabrics and household goods.

Retail Parks in Hull include the St Andrew’s Retail Park on Hessle Road, which has been established as a regeneration project on a site that had contained a row of old and run-down shops. On the site now are major chains such as Peacocks and Poundstretcher. Hull is one of the city’s that have encouraged their football team to build a stadium offering modern facilities more suited to the 21st century. Boothferry Park was the original home of Hull City FC, who have now moved to their new home at the nearby KC Stadium. Subsequently the land previously occupied by the football club has been redeveloped into the Boothferry Retail Park. There is also the Kingswood Retail and Leisure Park, off Castle Street in Hull. 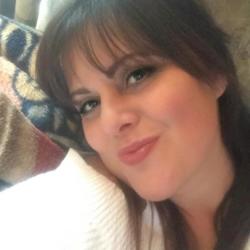 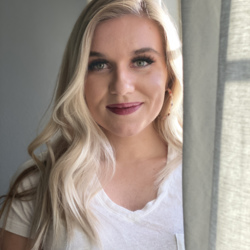 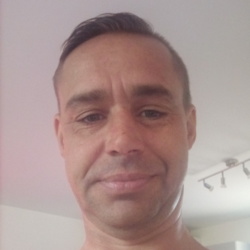