Sightseeing in Kingston Upon Hull

For a relatively small and isolated city Hull has many attractions to reward visitors that are prepared to travel to it or even just to pass through it. It has some beautifully laid out city parks and gardens that are open all year around as well as museums and monuments dealing with the city’s past. These are contrasted by modern attractions that are capable of competing with many better known tourist destinations. What better than the thought of being able to take a walk through ‘The land of green ginger’?  Not a psychedelic 60s theme park but, a clear reference back to the days when the import of exotic spices was so important to many British ports, this is in the old part of Hull and contains many of the city’s oldest and most unusual buildings. One such building dating back to 1682 is the George Hotel, off Whitefriargate; if you look carefully enough here you’ll be able to find the smallest window in Britain.

The city council is responsible for the upkeep of several museums in the city. The building that was the birthplace of William Wilberforce, on the High Street, is now a museum. Although closed for refurbishments until 2008, it explores the history and legacy of slavery. The Hull Maritime Museum, at Queen Victoria Square, tells the history of the city’s development through its association with maritime trade and fishing. Of significance here are its exhibitions concerning whaling, which at one time was a very important to the prosperity of Hull. If you fancy something a bit more hands on and nautical, you can learn about life on a lightship onboard the Spurn Lightship which is kept at the Hull Marina or life on an arctic fishing vessel - the Arctic Corsair which is moored at the rear of the StreetLife Museum. The StreetLife Museum, on the High Street, is dedicated to transport in Hull down the ages. The Ferens Art gallery at Queen Victoria Square is the city’s main art gallery and contains work by artists ranging from Canalleto to Yorkshires very own Hockney. Perhaps an attraction as much as a sight to see the Hull Fair is one of the largest and oldest in the country and takes place over the second week-end in October, following on from the Nottingham ‘Goose fair’.

Opened in 2002 The Deep claims to be the world’s only submarium. Located in Tower Street on the banks of the river Humber, it is an iconic building and has one of Europe’s deepest tanks, containing sharks and exotic species from around the world, all of which can be viewed from a tunnel. The Deep is also involved in marine conservation and research work and is open daily except Christmas Eve and Christmas day.

Whilst Yorkshire is a county with some of the most spectacular scenery in the country it has to be said that the East Riding, especially around Humberside, is a rather insipid compared to the Yorkshire Dales. However, a natural attraction well worth seeing, about 25 km (less than 20 miles) to the east of Hull, is Spurn Head. This is at the extreme southern point of the Holderness coast in the mouth of the river Humber estuary at the North Sea. Spurn Head is a sand and shingle spit that is some 5 km (3 miles) long. The spit has been built up by sand carried from the Holderness coast by the process of longshore drift.

At 2530 m2 the largest parish church by area in England is The Holy Trinity Church, off the Market Place in Hull. The original church was built on the site 700 years ago; the present building is the third church to be built there. Carvings inside this 19th century edifice include work by George Peck and the Mouseman himself - Robert Thompson. There is also a marble font dating back to 1380 and the largest organ in a parish church throughout the UK. A few miles north of Hull city is the town of Beverley which has a minster. Beverley Minster is also a record breaker in terms of its size being the largest minster, at 2772 m2, in the country. It is built on the site of a monastery founded around 700 AD by the Bishop of York. John, the Bishop, was buried in the original Saxon church when he died in 721. The building of the present church dates back to 1220 and was completed in the early 15th century. Inside is the tomb of lady Eleanor Percy and, as at the Holy Trinity church in Hull, there are some magnificent wooden carvings, especially on the mesiricords depicting scenes reminiscent of those found at Ripon Minster. In the choir is one of the famous Frith Stools - a sanctuary chair - dating back to around 980 AD. Only one other is known to be in existence, at Hexham Abbey in Northumberland. 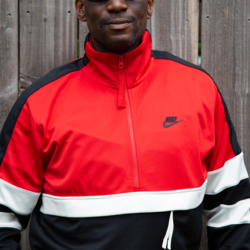 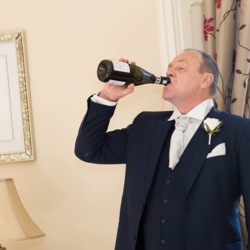 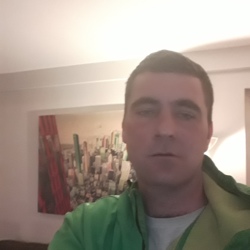 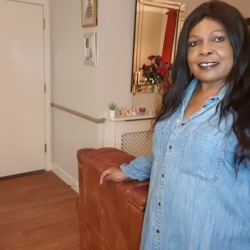 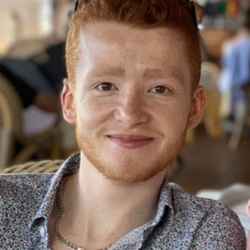